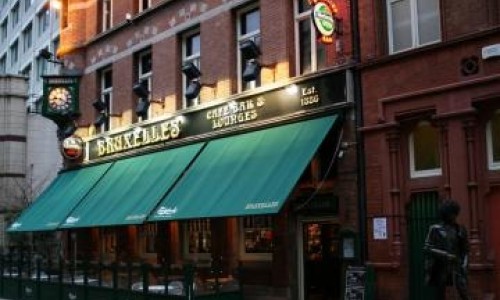 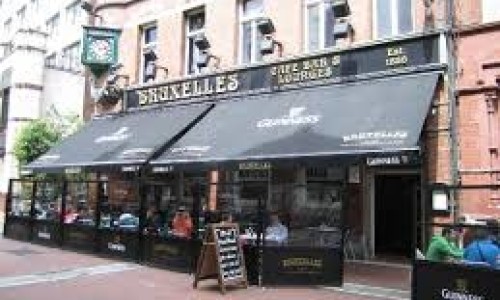 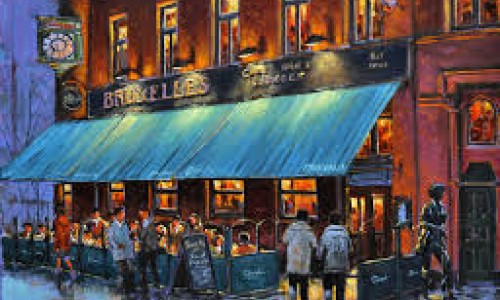 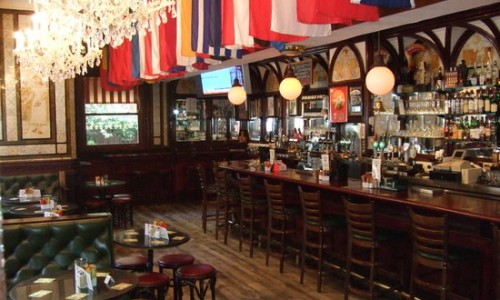 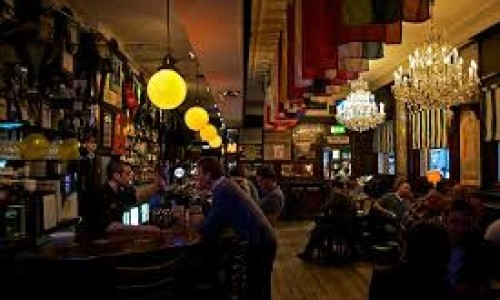 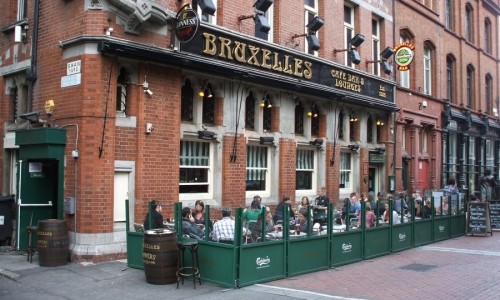 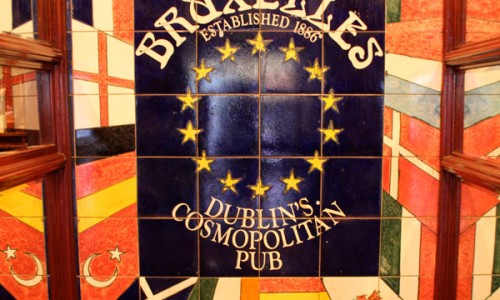 Bruxelles is a cosmopolitan bar. Located just a step away from Grafton Street, Dublin’s busiest shopping thoroughfare.
Bruxelles is the ideal venue for breakfast, lunch or dinner. It’s a sports bar and a music bar, with djs in three bars and regular live music. If you don’t have a ticket for the big game; see it in Bruxelles. It might be better; with terrace banter, cold beer and cosy surroundings. Bruxelles is an ideal meeting place because it’s right in the heart of things. And once you get there, you won’t want to leave. Bruxelles Bar played such a huge part in the birth of the Irish music scene. To Skid Row, then Thin Lizzy, this became their second home around the late 1960’s-early 1970’s.

The new bar in Harry St adopted the name ‘Bruxelles’ to mark Ireland’s joining the European Economic Community (EEC) In other ways it marked a new beginning too for Dublin pub life and the birth of a new standard and attitude in hospitality.

Paul Weller has often made a point of having a pint in Bruxelles during his many visits to the city down the years. Oasis took over the Zodiac bar for their after show events in the ‘90s, entertained by Paolo Hewitt on the decks.

Indie favourites, Snow Patrol and Ash have partied there as has Andrew Ridgley of Wham! and Keren Woodward of Banarama.

Irish rugby international, Brian O’Driscoll has often cited Bruxelles as one of his all time favourite Saturday night fun spots. 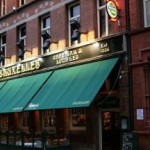 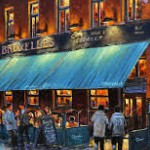 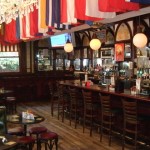 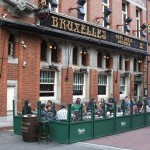