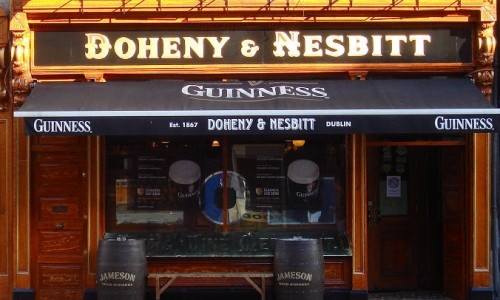 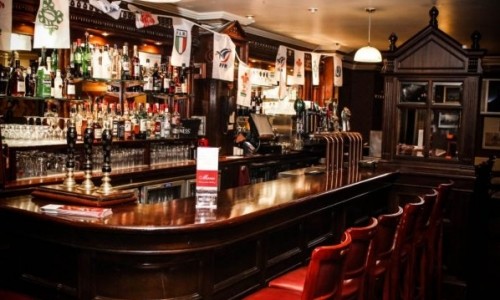 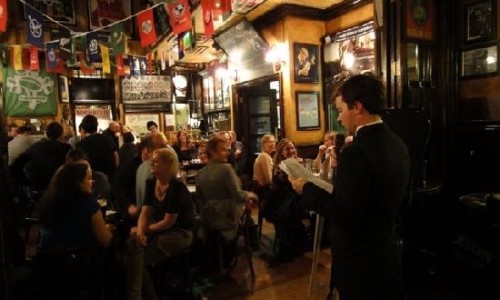 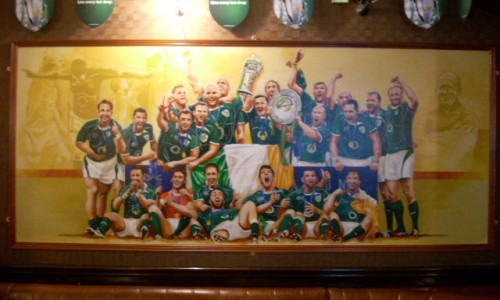 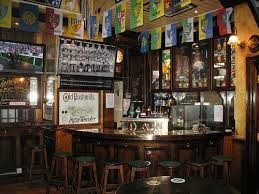 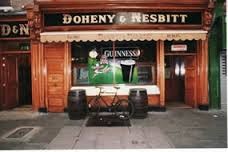 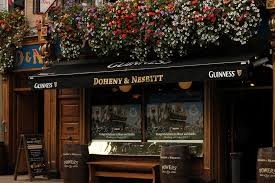 Otherwise known in literary and debating circles as the ‘The Doheny & Nesbitt School of Economics’ is situated a few hundred meters from the old Huguenot cemetery on Merion Row(1693). Probably the most photographed pub in Dublin, Doheny & Nesbitt is considered an institution for convivial gatherings a sanctuary in which to escape the ravages of modern life, and a shrine to everything that is admirable in a public house.

Most of the pub’s original features, both inside and outside remain intact. Its distinct Brass sign ‘Tea and Wine Merchant’, as well as the frieze boasting ‘Doheny & Nesbitt’ have spawned countless posters, postcards and guide books paying homage to this asset of Ireland’s capital city

If Ireland invented the pub, then Dublin’s finest showpiece is that of Doheny & Nesbitt. The main bar retains the original counter, and almost all of the original fittings date from the 19th century.

Its snugs and mirrored partitions are perfect for scheduled conversation, and one can easily muse on Ireland’s past Writers (Yeats, Behan, and Shaw) and Politicians debating and plotting in these hallowed surroundings.

Writers and Politicians from the nearby Dail or House of Parliament still frequent this pub, as do journalists, lawyers, architects and actors, along with a myriad of visitors from around the globe.

What attractions contribute to this pub’s character are debated by many; its perfect pint of stout, its array of Irish whiskeys, it’s comforting dark mahogany and glass furnishings, its reverence for the barman – customer relationship. What is in no doubt is that it is hot on the hit – list of tourists’ and locals’ itineraries – a ‘must-visit’ whilst in Dublin.

The building itself dates back hundreds of years, but was born as a public house in the 1840′s under the lease of a William Burke, who ran it as ‘Delahuntys’ for almost 50 years. In 1924, Messrs Philip Lynch and James O’Connor took it over for around 30 years, before passing it onto a Mr Felix Connolly. Ned Doheny & Tom Nesbitt, two Co. Tipperary men took over the reins of the public house at a later date up until its present owners, brothers Tom and Paul Mangan.

Interestingly the embossed lettering on the mirror to the rear of the main bar, originally bore the name O’Connor, but was later altered to Connolly and remains so to this day. Although the owners of this public house have come and gone, good sense has always prevailed that the landmark of Doheny & Nesbitt should remain just so.

Doheny & Nesbitts public house may reflect the characteristics of a bygone age, but this is no museum piece. An increased patronage has secured a Victorian replica bar to the rear, which is complemented by modern conveniences such as large plasma screen TV’s to cater for the pub’s many sports enthusiasts, and lunches to refresh tourists, workers and shoppers alike. 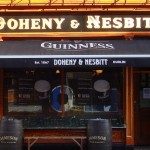 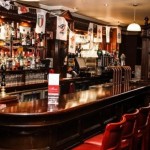 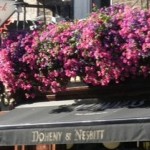 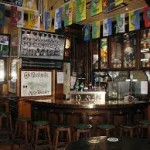