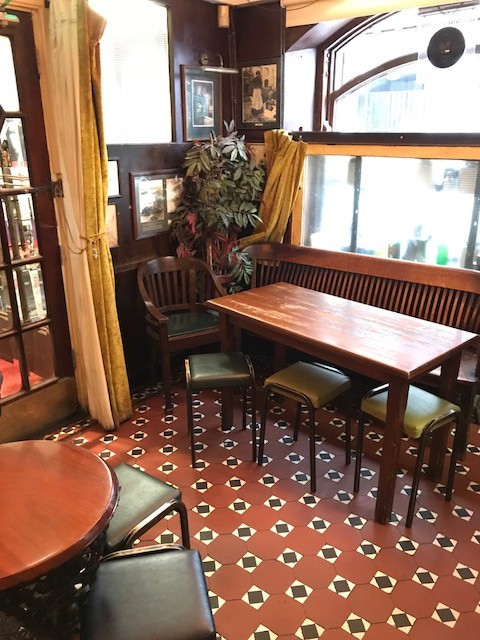 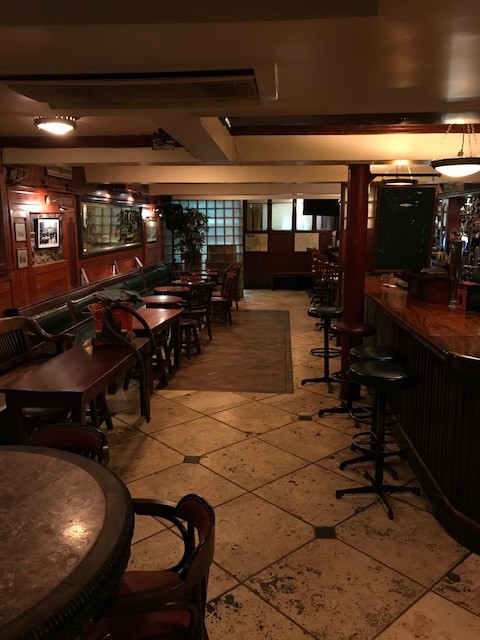 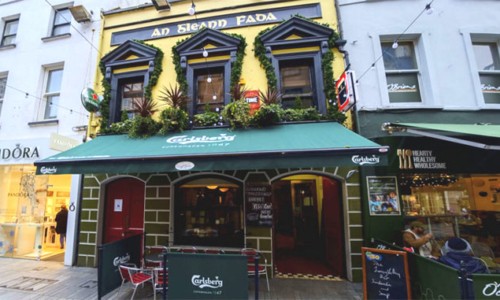 The Long Valley Bar is located in Winthrop Street in the heart of Cork City. With a long history serving local customers as well as visitors from overseas, you can be sure you’ll always get a great pint and a hearty sandwich at the Long Valley!
You have entered the hallowed portals of one of the most famous landmark pubs in Cork. That the bar is merely uncommon would be to understate the point. Sit down fair stranger and feast upon the riches of this unique establishment. Its clientele, some unusual, many quite normal, and others downright eccentric.The fare is as good as the company. Look around and cast your eyes upon everything this bar has to offer. -You can drink here as well!- So, Failte = Welcome.The Long Valley is also known in Irish earmarked by the sign above the entrance as An Gleann Fada. Gleann meaning ‘valley’. Fada meaning ‘long’. So, An Gleann Fada or, The Long Valley. ‘An’ means ‘the’.We’ll begin the chat with a nice well poured pint. Ah, here it comes now, the lady in the black dress with the blonde head. And cheap in here at the price. Here’s me first sip of a uniquely poured Long Valley pint. Like nectar from the gods. It leaves a taste on the lips that savours all the good you will do today.So, the Long Valley…well, it was established as far back as 1842…Another sip of the lovely pint…the bar was bought by the present owners, the Moynihan family, back in 1927….three generations….another sip…of these three generations the first owner was Peadar’s grandfather John Moynihan. The bar was originally believed to be a firing range prior to the British occupation back in the early 20’s.

When parts of Cork city was extensively burned by the unwelcome Black & Tans (many of them convicts conscripted into the British Army) the Long Valley, at the time a favourite haunt for British soldiers, remained untouched. Going right back in time the building was used as a stable for horses used by the General Post Office which still stands to this day just across Oliver Plunkett Street.

Humphrey, who died in 1994, was a very well educated man and knew my father, Sean Lyons. Humphrey was the son of of a Savile Row tailor and had a master’s degree in economics. Born in 1921 in Antonia Villas, Southern Road on the south side of the city, he had an extremely lucky escape whilst being taken to the South Chapel in Dunbar Street to be baptised.

The Moynihan family were stopped in nearby Douglas Street during a British army curfew and threatened with being shot. Miraculously they were saved by the prompt action of Humphrey’s godfather Captain O’ Brien, who produced his naval papers and saved the day. 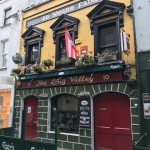 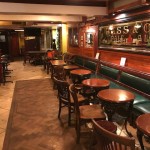 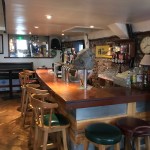 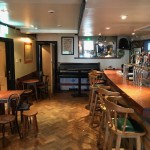 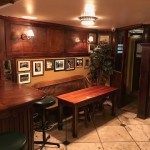 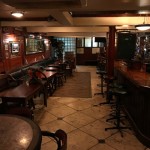