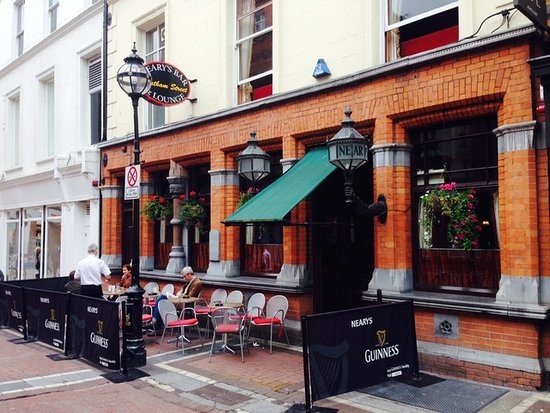 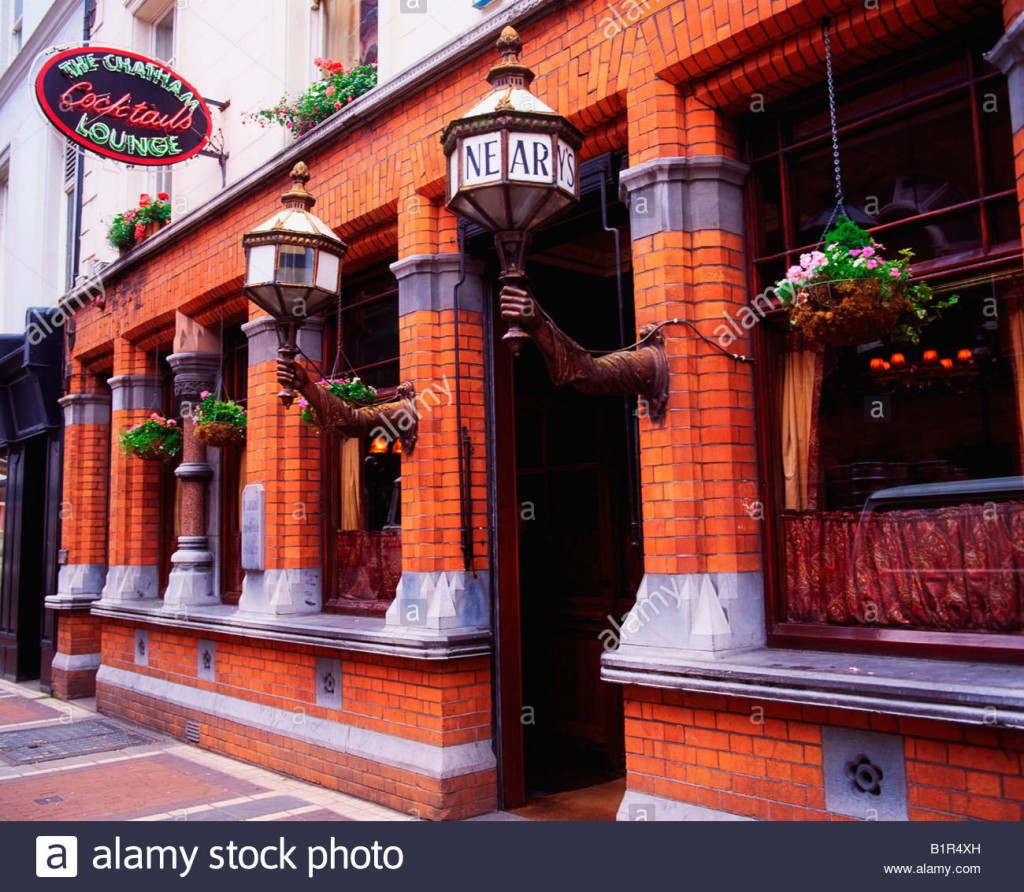 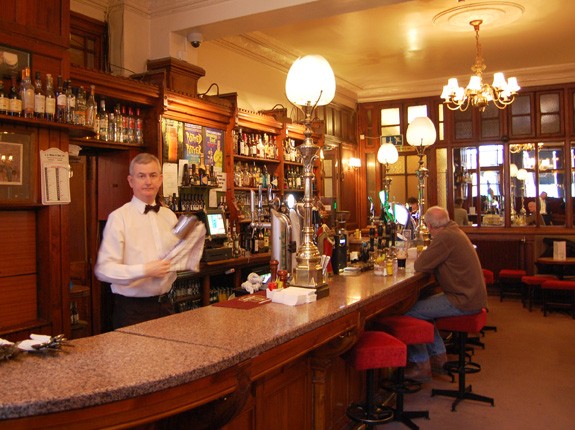 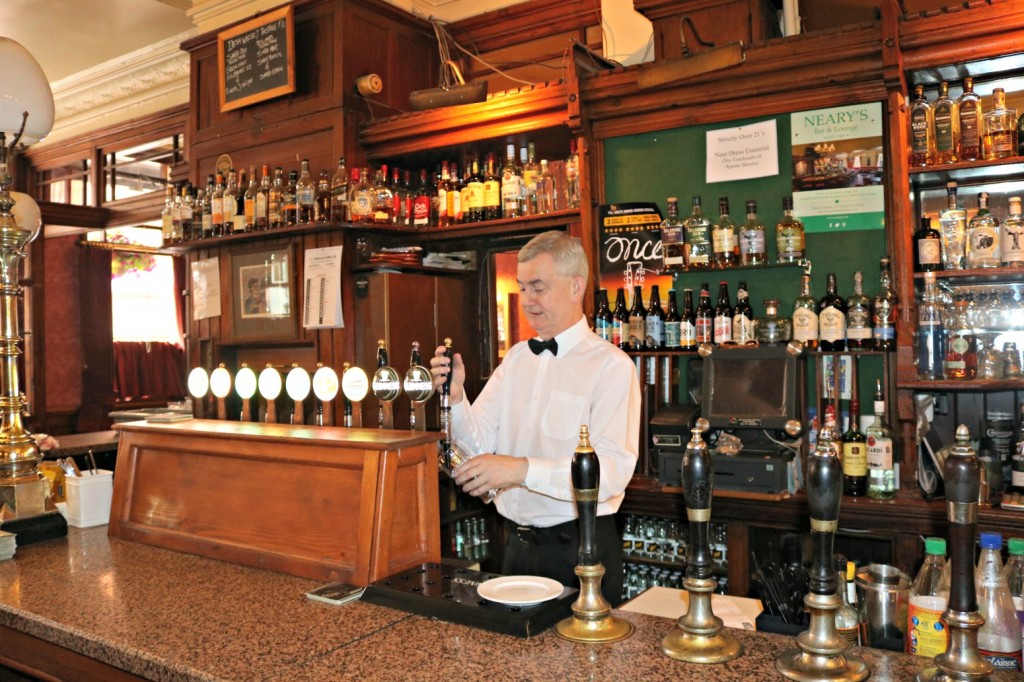 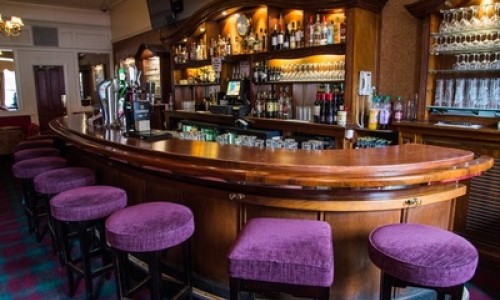 Neary’s is a UNESCO City of Literature Bar located in Dublin City Centre. The connection to acting and the literary community date’s back to 1871 when the Gaiety theatre opened. The stage door to the Gaiety theatre is located opposite the rear entrance to Nearys.

Famous patrons over the years include Maureen Potter, Jimmy O Dea, Flann O Brien and Ronnie Drew to name but a few. Nearys is one of a small number of bars with no television or music, where conversationis a valued commodity.

The street on which Neary’s is located, Chatham Street, dates back to 1773 and appears unnamed and practically a cul-de sac on that years edition of Rocque’s Plan of Dublin.

While in the same year it is shown as part of the Dublin Corporation Estate, a section called Flint’s Croft on a manuscript plan in the famous Longfield map collection now held in the National Library.

Chatham Street dates from 1785, and named after the Earl of Chatham according to Dublin Street Names, it recalls William Pitt Elder, (afterwards Earl of Chatham) who collapsed in the middle of a speech in Parliament opposing any recognition of the “revolting American colonists”. Records from the General Valuation of Ireland’s City of Dublin identify the property as a house & shop in 1853 and owned by the Casserly family, it is thought the property traded as Casserly Tavern up to 1887.

The name Neary can be traced back to 1887 when Thomas Neary was the proprietor and the name has stayed with the bar ever since. Nearly all original features remain in Neary’s including the 2 lamp brackets that decorate the frontage of Neary’s and are fine pieces of craftsmanship, and among the last of their kind in Dublin. Inside there are 4 gas lamps that are still in working condition, and some the last working indoor gas lamps in Ireland. Also still in working order is the dumbwaiter powered by a Wadsworth of Bolton’s motor which has been humming up and down the building since 1957.

The visitor will always be drawn to Neary’s pub by the beautiful cast-iron arms holding up two lanterns outside the main entrance. This late- Victorian pub is a great place to meet people for a quiet drink. The rear of the bar backs onto the stage door of the Victorian Gaiety Theatre, and so Neary s is often thick on the ground with thespians and prominent figures from the entertainment business.

Place them beside the weary Grafton Street shopper and you will get a feel for the type of clientele that frequent this beautiful bar. In the 1860s, the pub was known as Casserleys Tavern.

When Leo Neary took over, he attracted many supporters of racing and hunting. Across the laneway, The Gaiety Theatre has played host to many fine opera companies from around the world, and Dubliners still go there for the annual Christmas Panto.