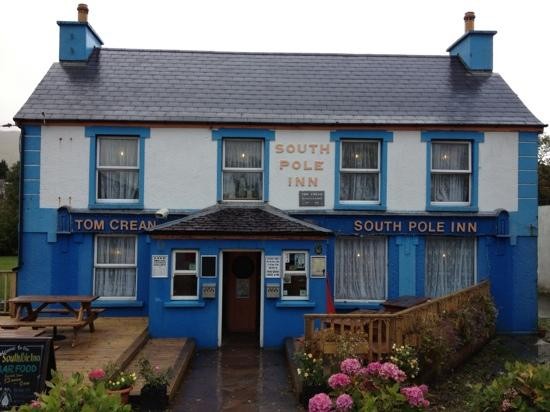 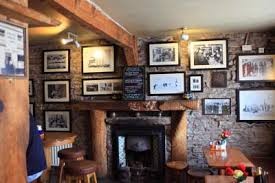 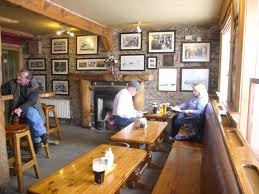 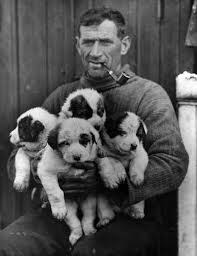 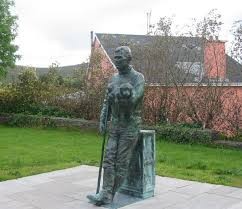 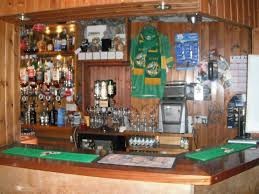 A handy stop between Tralee and Dingle. Formerly owned by Tom Crean who was famed for his Antarctic explorations, this pub is full of memorabilia from Toms travels.
Crean returned to his home village of Anascaulin Kerry and opened a pub, which he called The South Pole Inn. The delightful pub, which sits alongside a gentle flowing river, thrives and flourishes to this day and contains various items of Crean memorabilia to interest visitors and local people. It is also a suitable place to toast a great hero.

A drink in Ireland’s South Pole

Behind two of history’s greatest polar explorers is a Kerryman. His name might be dwarfed by Scott and Shackleton, but at the South Pole Inn in Annascaul and to the people of Ireland, Tom Crean is a hero

The South Pole Inn is just the type of pub you would drive by one your way somewhere else. Dingle perhaps, or maybe you’ve got plans to drive the Ring of Kerry.

Word to the wise: don’t drive by.

In an instant, in a flash of orange and blue, you would be consigning the curiously clandestine tale of one of the world’s bravest explorers to the rear view mirror.

Tom Crean passed away in 1938, but in his pub, The South Pole Inn, he remains a presence. His rugged face, with pipe in mouth, adorns worn wooden walls while shelves are weighed down with books and magazines attesting to the man who put Annascaul on the explorer map.

It doesn’t take paragraphs of explanation or endless biographies to give you an instant picture of Tom Crean. His nickname should be enough: The Irish Giant.

Then again, where Crean went was no place for the weak of body. Or mind.

At the age of 15, Crean left his home of Annascaul on the Dingle peninsula to begin a life with the Royal Navy. Nine years later, he set out on his first Antarctic expedition with a certain Robert Falcon Scott. The rest is history.

Probably the most unusual thing about Tom Crean is how little he’s known. This is a man who served in the British Navy as a teenager, fought in WWI and survived three of history’s most gruelling Antarctic expeditions during one of which he received the Albert Medal for Bravery.

Why then, is he so easily forgotten when we laud the likes of Amundsen, Scott and Shackelton?

Curator of the Kerry Museum in Tralee, home to the Tom Crean room, Helen O’Connell has written extensively on the subject. For her, the expedition teams were considered on the basis of brains and brawn. Crean fell into the latter:

“Discussions about the great explorers tend to focus on the leaders and leadership styles. That has meant the contribution of seamen like Crean, who were the backbone of Polar expeditions, has been obscured. The implication is that they were only there to provide the necessary muscle power.”

It’s implications like that which lead to Crean being described in his Wikipedia entry as a “tough and dependable polar traveller”.

If you ever needed a definition for faint praise, you’ve found it.

As Helen attests, the Kerryman’s actions speak for themselves. Slowly but surely, he is being recognised for how unique he really was:

“The value of men like Crean became even more apparent on Terra Nova [during the Terra Nova expedition, Crean was awarded the Albert Medal for bravery for his life-saving actions], and Scott was generous in his praise of his work.”

From explorer to publican

Caitríona Hickey knew all about Tom Crean before she moved to Annascaul five years ago. Her husband served the odd pint in the South Pole Inn, and Michael Smith’s book Tom Crean: Unsung Hero – Antarctic Survivor owns pride of place in her collection.

Even so, she was still surprised the day she inadvertently found his grave:

“We live just minutes from the pub, so naturally I knew that was there, but I had no idea about his grave. I was exploring some of the small roads with my young daughter near where we live and happened upon this graveyard.  Curiosity drew me to go for a wander and a path mown through the long grass lead me directly to the family tomb. He has been such a hero of mine for so long, so I was fascinated to find his final resting place. What a gentle giant he appears to have been.”

Both, it would seem. 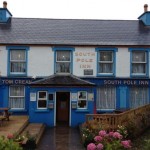 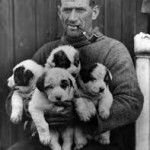 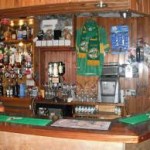 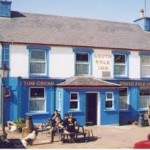