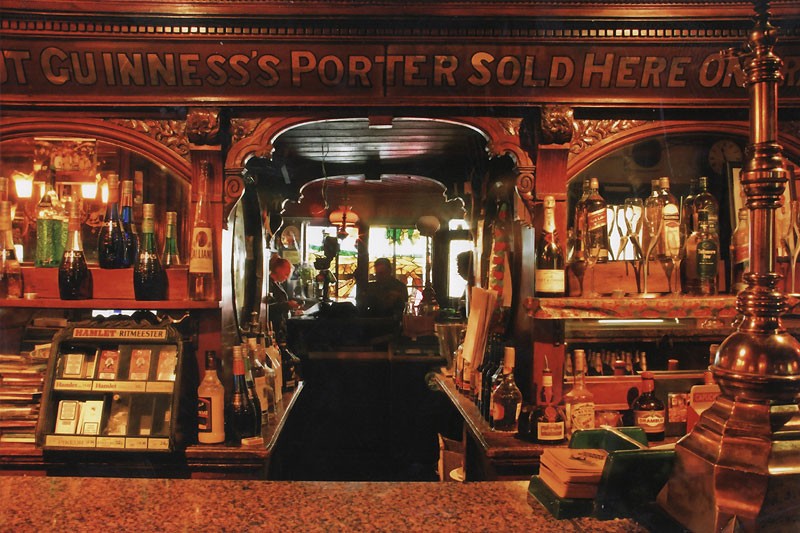 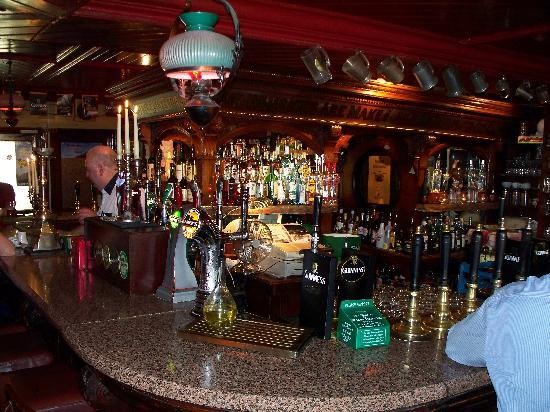 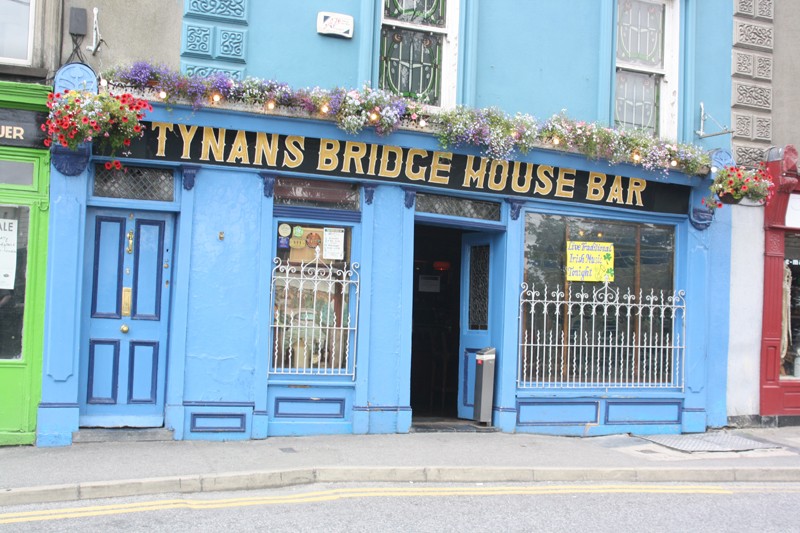 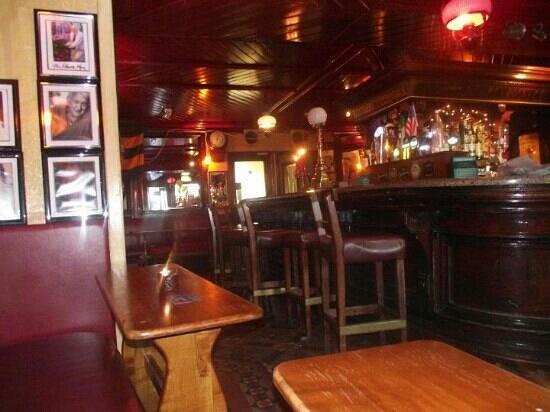 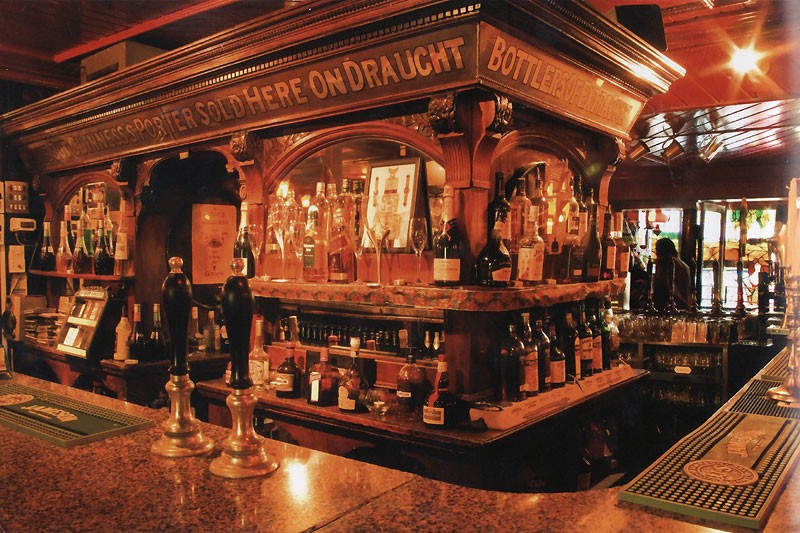 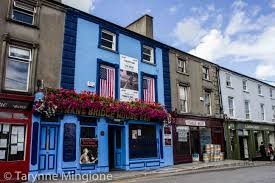 By the banks of the River Nore in medieval Kilkenny City, in the shadow of the dominant Anglo-Norman Kilkenny Castle, Tynan’s Bridge House Bar sits perched at the southerly edge of John’s Bridge. It’s an easy pub to spot given its prime location and bright blue facade, so it’s hardly a secret to recommend it, but on the off-chance you might choose to keep walking past, do yourself a favour and drop in. Tynan’s is Kilkenny City’s oldest pub, having been established in 1703, albeit originally as a grocer-pharmacy. In 1919, Michael Tynan took over the premises and converted it into a bar. Its shop-pharmacy heritage is still evident today, given that even as a bar it maintained the shop-pub dual role so common in Ireland in the 20th century. The front bar, into which you enter, still is home to a host of stock drawers labelled to account for the range of supplies and medicines which they would once have held; among them noted are lemon, citron, seeds, salts, nutmeg, cinnamon, chocolate, cloves and almonds.

This front bar maintains the aura of an original shop-pub, such as Currans in Dingle, although it is more ornate than would be the norm with gorgeous leaded glass front windows, leather high stools, an ecclesiastically-styled tiled floor and glass double doors topped with gold lettering, leading through to the main lounge bar. A tiled mosaic at the front entrance marks the name W.J. Darcy, which is presumably the name of the original pharmacist, although we were unable to confirm that. The beautifully tiled floor continues into the main bar. Incredibly, it is heavily sloping in parts, crumbling under the weight of over 300 years of foot-fall, which in turn leads to the granite bar counter curving downwards in one corner. Oh the perils of drinking amid Irish pub heritage! The main bar is home to this grand, brass-railed horseshoe bar, lined with further tall leather stools and shining in the warm glow of old, glass lanterns. The dark, wooden-panelled ceiling and mirrored walls capture the soft light of this larger back bar, creating a cosy atmosphere. 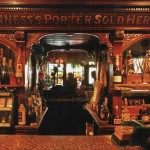 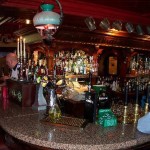 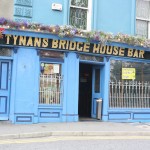 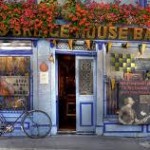 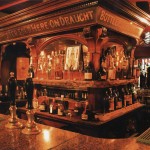